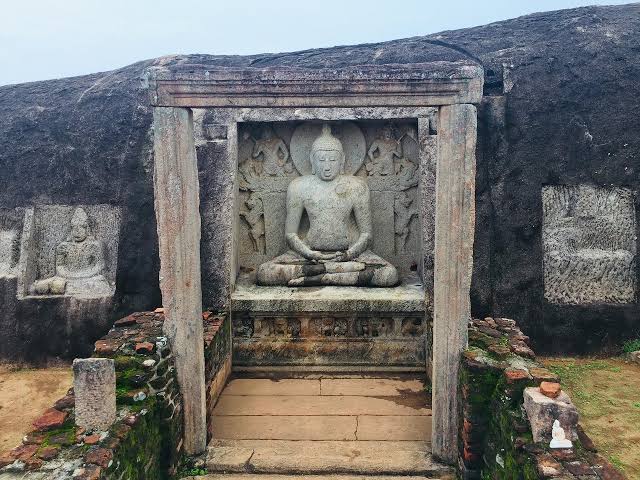 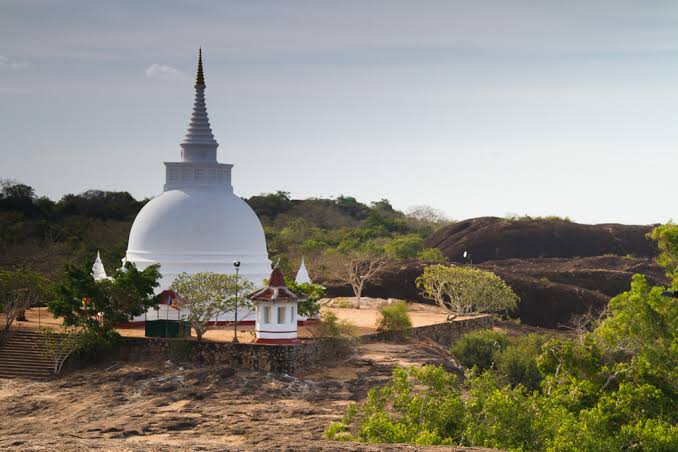 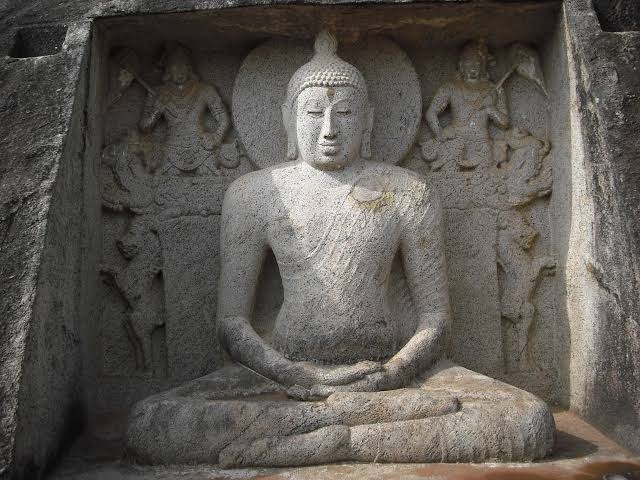 Tantirimale is situated halfway between Anuradhapura and the island of Mannar, at the river Malwattu Oya which is connecting the ancient Sinhalese capital with Mantota near Mannar. Mantota, then known as Mahathitta, was the principal port for the Anuradhapura kingdom. This area also had also been the landing place of the first Sinhalese settlers, the followers of Prince Vijaya, who arrived on the islan which he called Thambapanni about 500 B.C.E. Thanthirimale, located upstream, definitely became one of the first Sinhalese villages on the island. Some believe it to be the ancient Upatthissagama mentioned in the chronicles. When Prince Vijaya ordered his followers to establish settlements in different areas, Upathisssa was one of his ministers. The village named after him was the first Sinhalese village and became a commercial city later on and it played an important role in early Sinhalese history.

The Dipavamsa and Mahavamsa chronicles describe the events under the reign of King Devanampiya Tissa, when the Buddhist order was established on the island, in much detail. They record that soon after the introduction of Buddhism by Thero Mahinda from India the Bo-sapling was brought from India to Sri Lanka by his sister, the nun Theri Sanghamitta. The chronicle mentions, that the Indian delegation and their Sinhalese welcome group rested on their way from Mantota to Anuradhapura at “the village of the Brahmin Thivakka” . As a token of appreciation of the hospitality of the Brahmin, an offshoot of the Bo-sapling was later on sent to him, after the sapling had been planted in Anuradhapura. Presumably, ever since Thanthirimale had been inhabited by reclusive monks.

When Saliya, the only son of the famous king Dutugemunu, was expelled from the royal family for the reason of falling in love with a girl from a lower caste, the loving couple took refuge in a remote region which is believed to have been Thanthirimale.

The golden era of Thanthirimale began in the late Anuradhapua period, about 700 C.E, when the Thanthirimale Raja Maha Vihara seems to have developed from a small temple to a large monastery. But most probably, the rock images date from the heydays of the Polonnaruwa period in the 12th century. In the middle of the 13th century, the monastery was destroyed by the marauding invader Kalinga Maga.

The place fell into decay and was unidentified till the 19th century. After its rediscovery, it remained abandoned till 1960, when Kudakongaskada Vimalagnana Thero, a 23-year-old Buddhist monk from the nearby village Ulukkulama, settled in Thanthirimale in order to resuscitate this place of worship. A stupa and an image house were constructed and a small Archaeological Museum of Thanthirimale was established, too. Many stone containers originally created to contain relics and precious adjubts had been scattered around the monastery premises and are now exhibited at the museum. Some Nagaraja statues can be seen in the museum, too, one of them nine-headed.