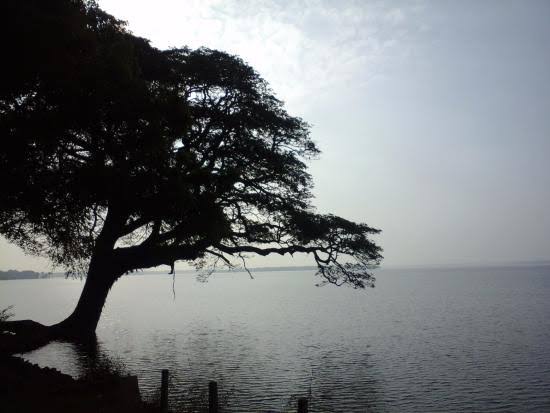 Nuwara Wewa is the largest of the three man made reservoirs in Anuradhapura The other two are Basawakkulama ( Abaya Wewa) and the Tissa wewa. Nuwara Wewa is believed to be built by King Vattagamini Abaya popularly known as King Valagamba in the first century BC.

According to H. Parker in Ancient Ceylon (1909), based on the size of bricks used which is similar to bricks in Abayagiriya Stupa, the tank was built in the first 20 years of the 1st century BC. Based on the bricks again, he believes that repairs were made to the tank in the 3rd Century and again in the 5th Century

The Embankment (Bund) is 3 miles long and 37 feet high. The water height ia about 23 feet the tank covers 3180 hectares and contains about 1500 million cubit feet of water. There has been a dam built across Malwathu Oya to divert water to the Nuwara Wewa. The Dam has been 33 feet wide, 160 feet long and 8 feet high and built with large solid rocks. In 1873 nearly all these rocks has been removed to be used to erect a road bridge across the river.

From the Dam a 40 feet wide channel has been cut to bring the water to the Nuwara Wewa. The water depth of the canal is about 4 feet and at about 150 feet from the Dam, a flood escape was found to divert the excess water back to the river.