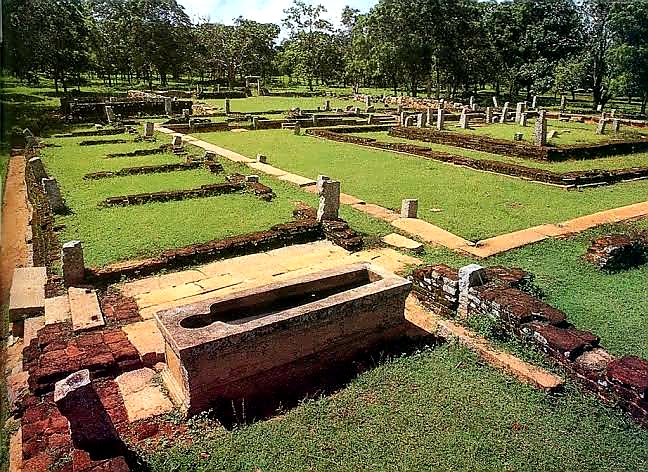 Vedahala – the Hospital at the foot of the mountain at #Mihintale
With the growth of the community of monks and the pious laymen, there arose the inevitable need of a hospital. The first hospital at Mihintale was founded by King Sena the second (853-887 AC) at Mihintale. The identification was based on a tenth-century inscription found at the site.

Today, the ruins of a hospital with its layout restored can be seen at the entrance to the site of Mihintale. At the entrance to the hospital is the outer courtyard that consists of four rooms: consulting room; room for preparation and storage of medicine; room for hot water baths. At the end of the outer courtyard, to the north is the main building: the quadrangular courtyard having a small shrine in the centre. The rooms are arranged on a two-high platform on all four sides of the Central Courtyard. The rooms face the shrine which is in the Courtyard. The area of each room is about 100 square feet. The rooms open onto an inner Veranda making all cells accessible .