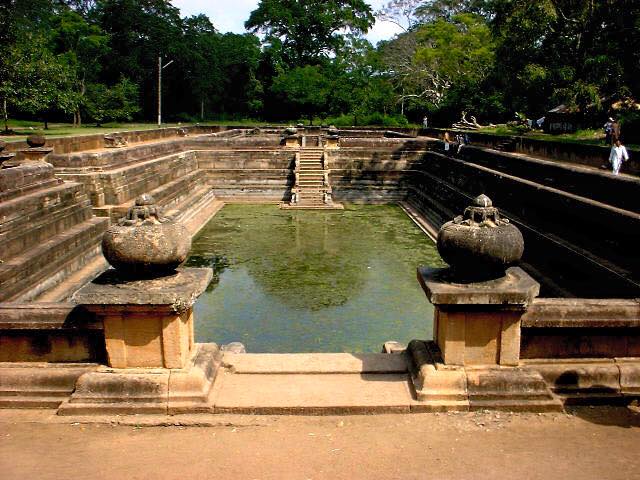 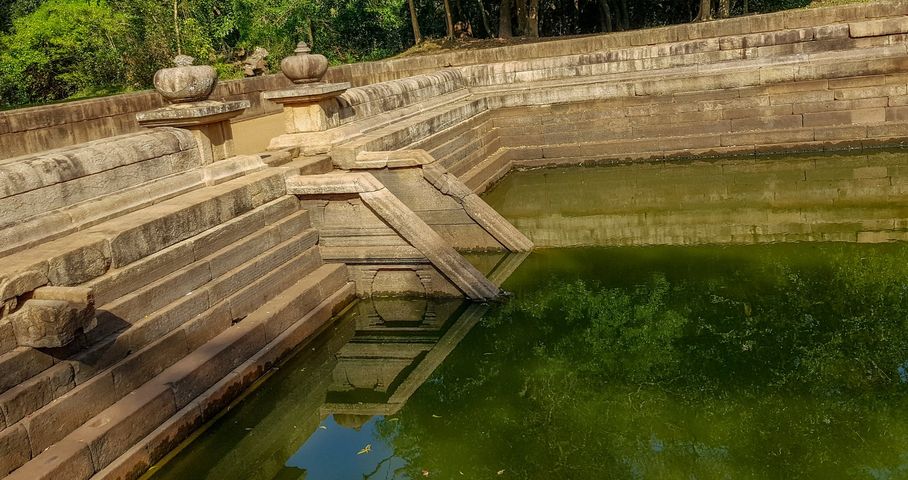 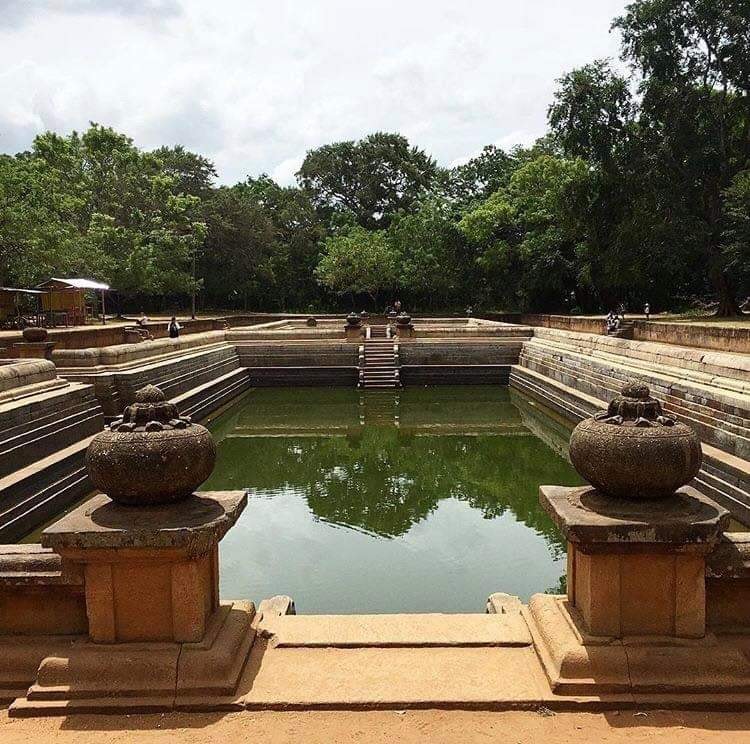 History of the pools believed to have been constructed during the reign of King Aggabodhi I (564-598 A.D.) for the use of the Buddhist monks of the Kapara Mula fellowship. However, some say that the smaller pool has older features than the larger pool. Therefore, they believe that these two pools were not designed and constructed at the same time.

The pools The two pools are rectangular and built lower than the ground level. One of the pools is smaller than the other and both are separated by a narrow passage. Both pools have the same width but different lengths. The dimensions are getting smaller towards the bottom of the pools. At the ground level, the length of the larger pool is 132 ft while the smaller pool is 91 ft. The width of both pools is 51 ft. Flights of steps are seen on both ends of the pool and their entrances have been decorated with Punkalas placed on lotus pedestals. The steps lead into the ponds in tiers have enabled monks to sit on them and bathe using pots or other utensils.
Both pools are still functional. In ancient times, the smaller pool was fed by a water source that came from the north and a cistern sluice (a silt trap) that purifies the water draining into the pond had been linked with it. The water is poured into the pond through a stone made spout (Jayasuriya, 2016). A sculpture depicting a five hooded Naga (cobra) under the Makara Thorana (dragon arch) is found at the pool premises and it is considered a masterpiece. It is assumed by the scholars that in ancient times there was a belief among the locals that the divine Nagas have a connection with water grange. Therefore, ancient people may have had tended to erect a figure of Naga near the water systems they built. Sculptures depicting Nagas have been found near many ancient reservoirs, and ponds in Sri Lanka. Conservation The ponds were excavated by the Department of Archaeology under the guidance of Prof. Senarath Paranavitana. During the excavations, a metal pot containing some objects such as the figures of a frog, tortoise, crab, a couple of fish, and a metal conch was discovered.