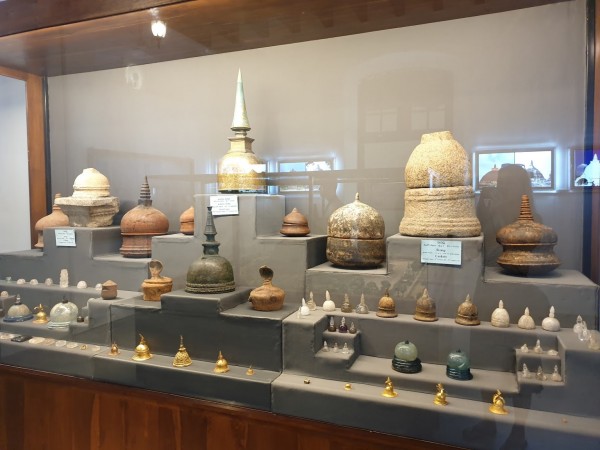 Established in the year 1947 by the efforts of Dr Senarath Paranavithana, the archaeological museum or Puravidu Bhavana of Anuradhapura holds some exciting artefacts, carvings and ancient everyday items found after excavations in Anuradhapura and other historical sites around Sri Lanka. It is a rich source of information on the heritage and culture of the place. The museum displays artefacts connected with ancient capital located at Anurdhapuara which are worth watching, especially the miniature models of buildings, which are currently in ruins at Polonnaruwa. Many objects kept in the Anuradhapura Archaeological Museum date back to the pre-Christian period and reflect the grandeur of a bygone era when Sinhalese civilization was at its peak. Apart from that, the museum has some precious Buddha statues, inscriptions, coins, drawings and antiques. Both the interior and exterior parts of the museum display historical items.

Not only does the museum have some valuable artefacts, but it also gives you knowledge about the rural lifestyle and how their habitats were changed from time to time. There is a restored relic chamber and a large-scale model of Thuparama Dagoba's vatadage (circular relic house). Many of the exhibits depict Buddhist themes such as the vast limestone Buddha images from Maradankadawala dating back to the 6th century A.D, a standing Buddha image made of granite from Mannar dated to the 8th century A.D and a coral Buddha statue.

The museum also has many bronze statues of Hindu gods like Ganesha, Parvathi and Shiva along with miniature figures made of ivory. Apart from that, you will find jewellery and medieval coins belonging to the reigns of Parakrama-Bahu, Nissanka-Malla and Lilavati. The museum, in short, gives you an overview, knowledge and experience which will make your visit to the archaeological sites more enjoyable as you will then be able to connect with the past when you see the ruins and other sites on your own.