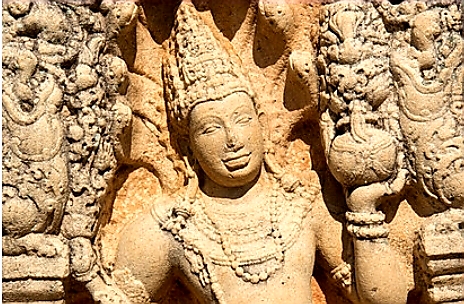 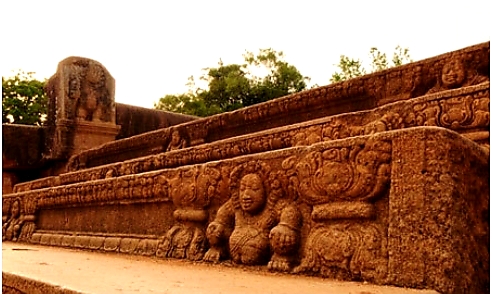 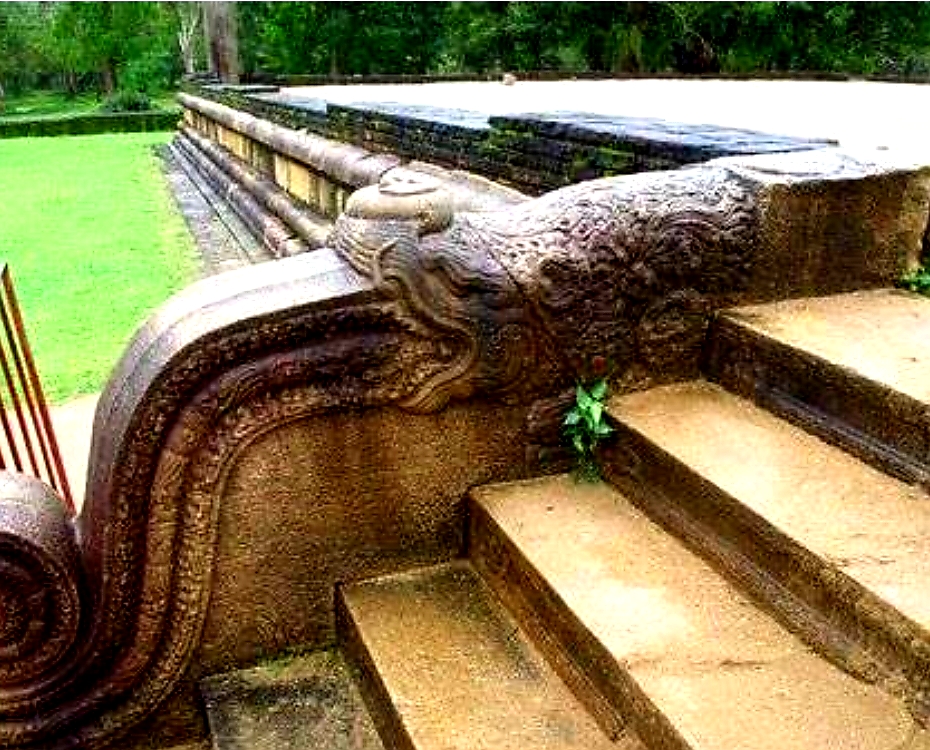 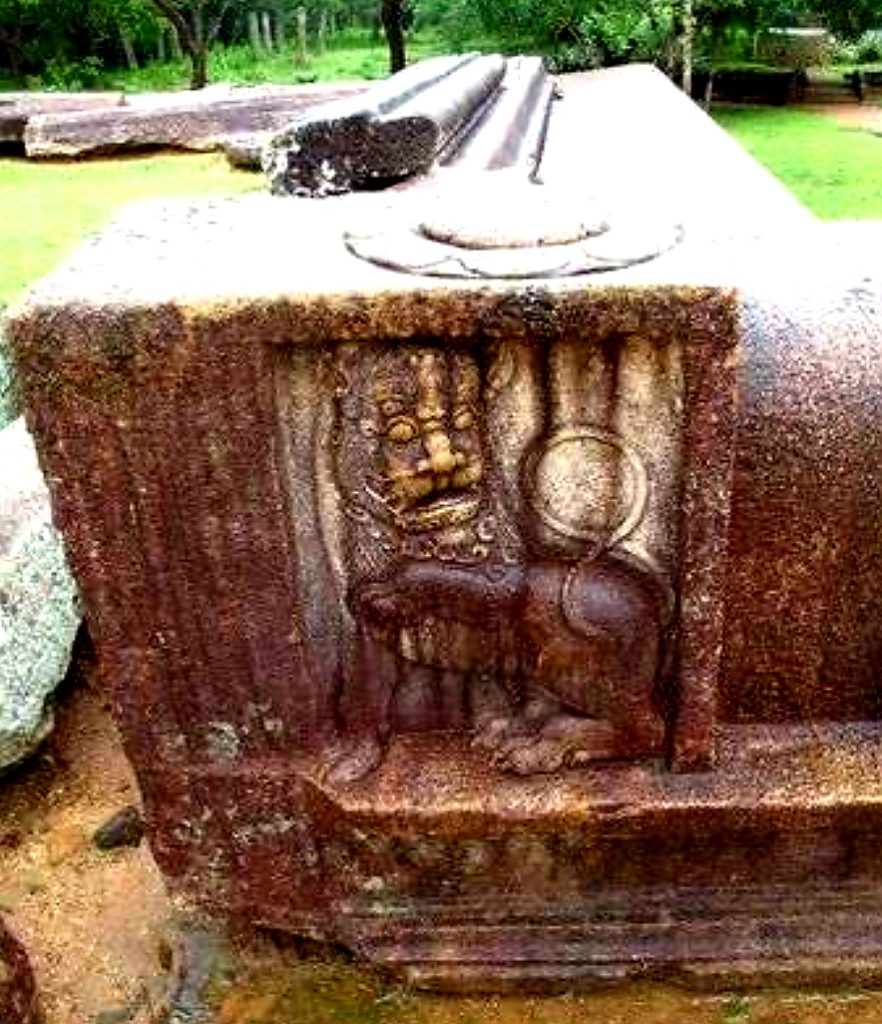 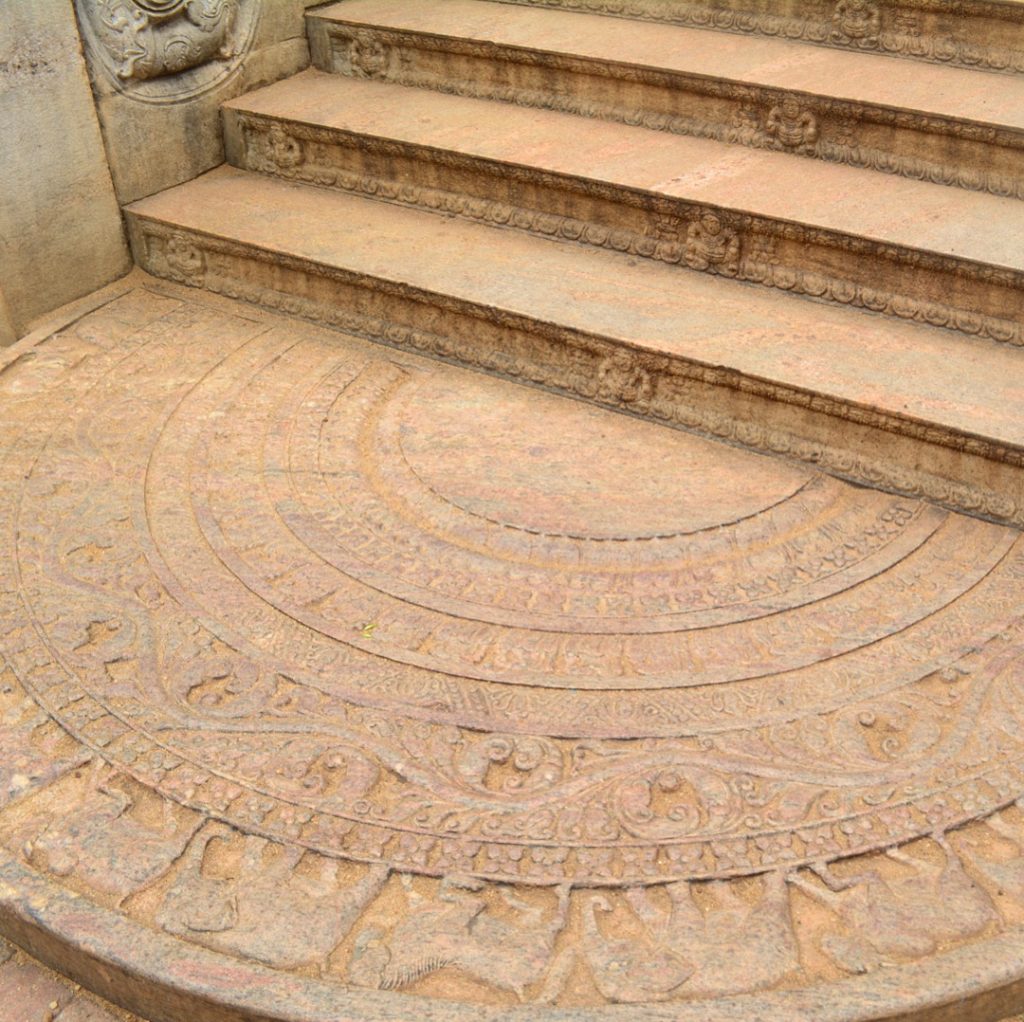 Famous for its beautifully carved stone structures, the Rathna Prasada is the Uposatha house (a place for the cleansing of the defiled mind) of the Abhayagiri Viharaya. It holds great importance to Buddhists and is a historical landmark in Anuradhapura. Built-in 192-194 AD by King Kanitta Tissa who ruled Ceylon, Rathna Prasada or Gem palace was originally a seven storey ed skyscraper with tiered roof, had beautiful guard stones (Mura Gal) and a statue of Buddha made of gold.

Though in ruins now, it has some elegant ancient monolithic pillars, beautiful guard stones at the inner entrance, a mythical dragon, a seven-headed cobra figure (naga  gala) and dwarf servant structures which have been drawing the attention of tourists. The guard stones are considered the most preserved and most intricate guard stones found from Anuradhapura era. The carvings on the ruins are beautiful and advance, implying that there was generated architecture in that era, especially the Guard stone. The massive stone pillars suggest that the building would have been gigantic during the King’s time.